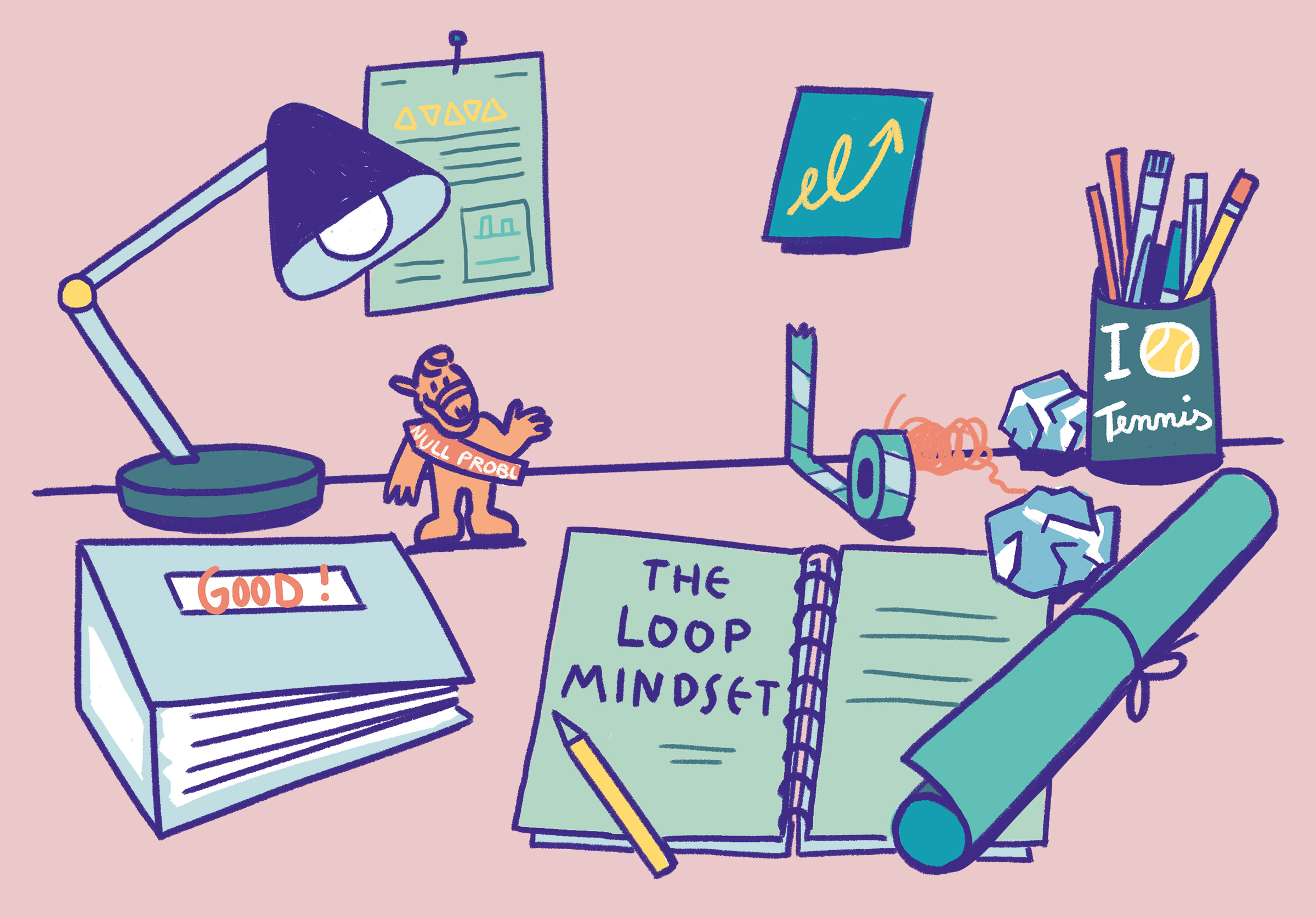 The Loop Mindset: 12 Principles for the Organization of the Future

For a transformation to truly succeed, the organization’s collective mindset must also shift. That’s why in addition to concrete tools and methods, we also examine how a new mindset can be instilled into an organization.

We didn’t develop the Loop Approach in a vacuum. Rather, we stood on the shoulders of giants who had already made profound contributions to the future of organizations before us and drew on their many insights and profound thoughts. 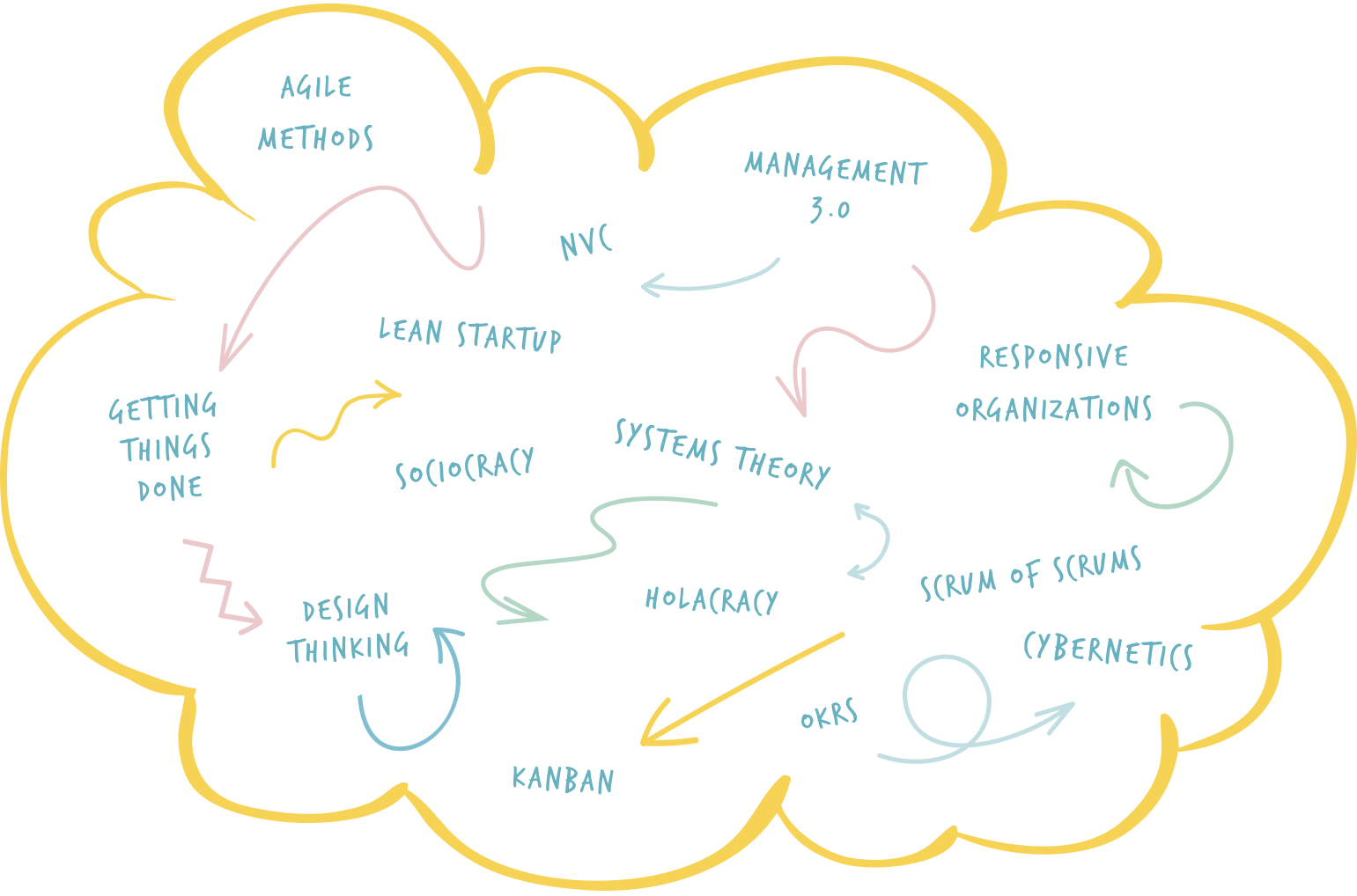 As different as the various tools and theories presented may seem at first glance, we’ve noticed in our own work that they do in fact share a certain underlying mindset. For us, this mindset constitutes the fundamental characteristic of the organization of the future, and attaining it requires introducing certain principles into an organization that change the way people think and behave. We call this the Loop Mindset, and it comprises the following principles: 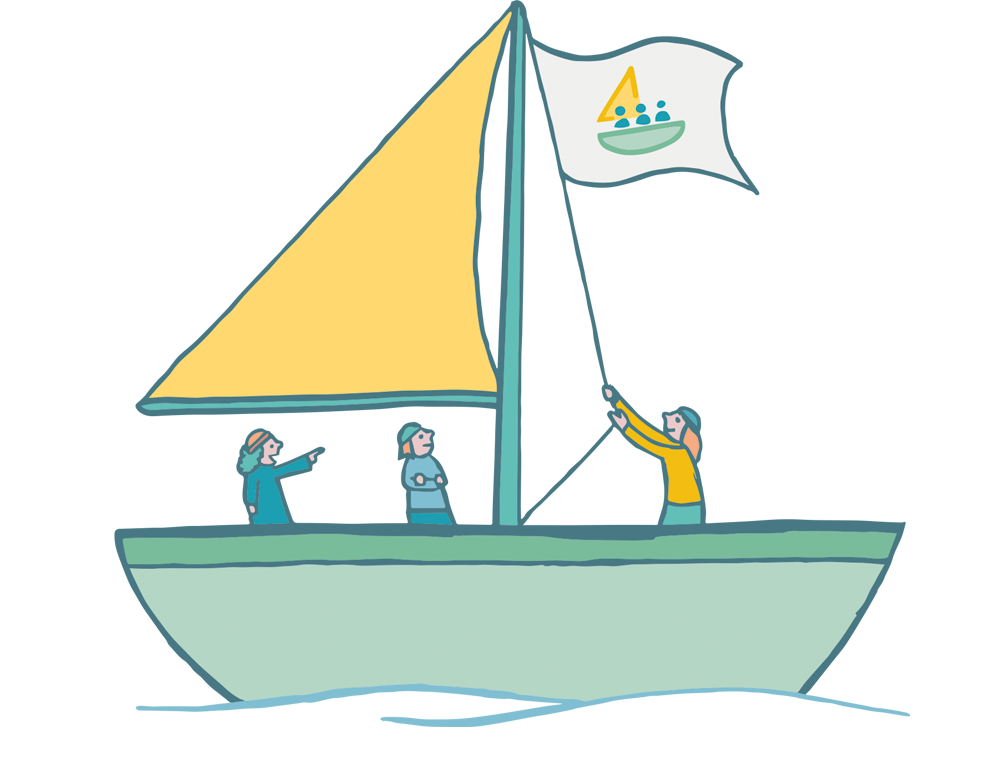 While we don’t know exactly what the organization of the future will look like, we are sure that autonomy and self-organization will be hard-coded into it. Each team and each role within it will be empowered to make decisions and take action quickly and autonomously. This will enable the organization to be agile, acting and adapting quickly whenever necessary. 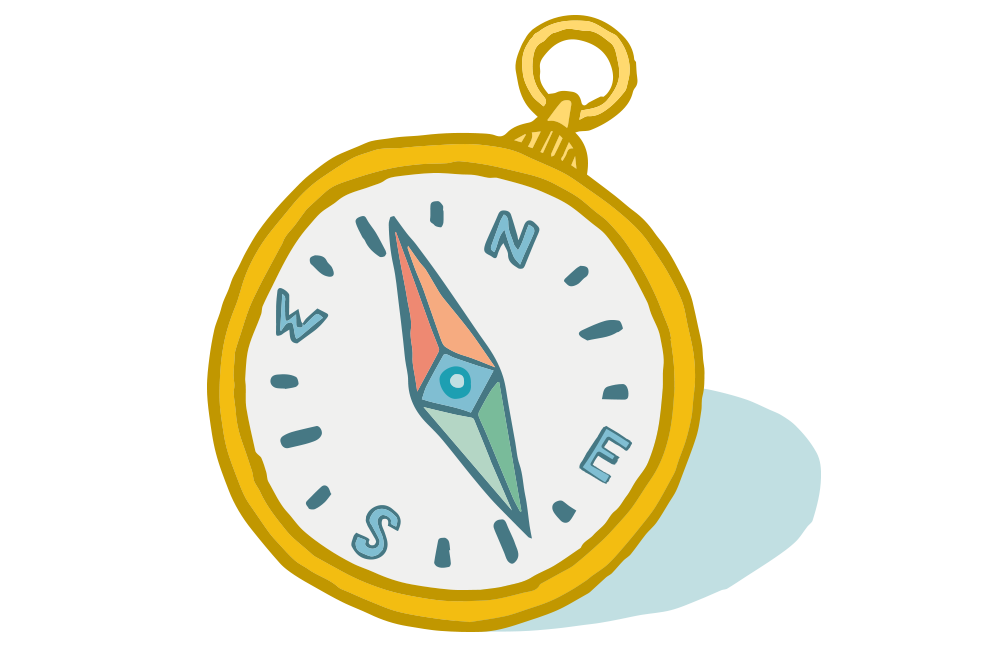 Purpose-orientation means that, beyond goals, strategies and visions, the organization has also defined and communicated a greater purpose that it pursues. This purpose forms a strong foundation for the organization, because all members connect with it on an emotional level. The purpose not only allows people to identify with the organization, it also provides a guiding lighthouse that helps individuals and teams navigate even under great uncertainty. In turbulent times, a purpose grants a measure of basic stability beyond what mere goals and strategies can provide.

Perhaps the most important message we wish to impart with our book is that you are the transformation. To effect a transformation, you have to start in your own circle of influence, making small, incremental changes that gradually add up. We believe that next-level organizations will give their members the space they need to become self-responsible.

Identifying problems and shortcomings is still important, but it is just the starting point for the truly important work: proposing ideas for solutions. In other words, spotting the iceberg isn’t enough – someone needs to actually do something about it and turn the rudder. This solution-orientation is built into all the tools and theories we base the Loop Approach on, and it manifests itself in language like: “I observe the following problem … and I propose to fix it like so …” The good news is that thinking in terms of solutions can be easily added to an existing problem-oriented mindset, like an upgrade. In the course of our book, we’ll give you tips, tricks and tools for doing just so. 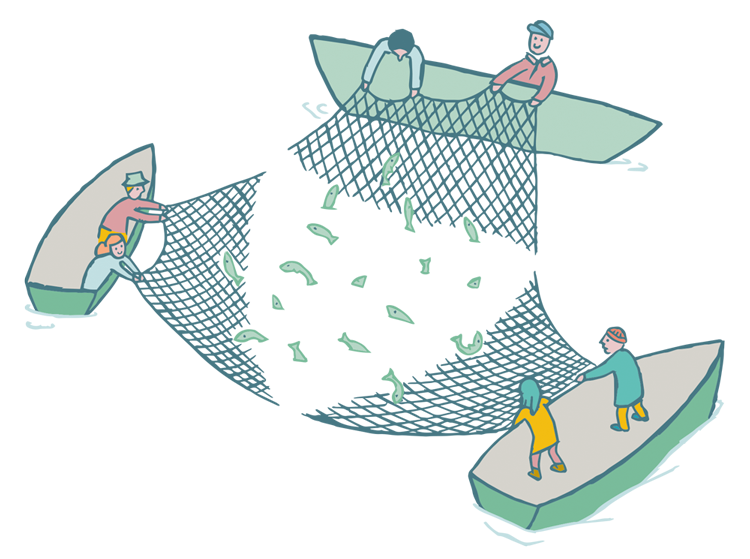 Succeeding in complex environments requires cooperation, and this only happens when the solutions sought are seen as a win-win, satisfying all stakeholders. Instead of a solution where either you or I win, we should find one where both you and I win. While the silos in old organizations encouraged people to focus on their own team’s gains, in network-like organizations, everyone must seek shared successes, including with external partners.

In traditional organizations, information is power, which is why it’s often purposely hidden: “You want to know something? I know where you can find it, but first you have to do something for me.” But now, we see this mindset being replaced by one of radical transparency, where everything and anything going on in the organization is freely and openly shared. This shift is necessary because, in complex systems, it’s hard to predict what information will be needed where, when and by whom. Thus, the only effective solution is to make all information freely accessible at any time.

The mantra that captures the essence of this principle is “Shipped is better than perfect.” That’s because, in a complex world, constant experiments and relentless incremental progress win the day. When the environment keeps changing, no solution can be perfect in the long-run, meaning it’s best to strive for incremental improvements that work in the here and now. Rather than asking if something is the perfect solution, the right attitude is: “Is this going to cause any permanent harm? No? Then, please hold my pre-meeting Bloody Mary, and let’s try it!”

Whereas in the past, a person and the job they performed were broadly considered inseparable, we now witness organizations embracing a different kind of thinking, where people are seen as separate entities from the roles they fulfill. Though this distinction may seem like a technicality, it actually provides a host of benefits. For instance, one person can fulfill different roles in different meetings, as well as pick up new roles as they appear or drop old ones when they’re no longer relevant. Whereas previously the boss was the boss, no matter what the situation, they can now, in theory, be both in a lead role and a supporting role, depending on the context. The person leading the marketing team could simultaneously hold the role responsible for watering plants around the office under the leadership of the office manager role.

Whereas in the world of pyramids, people’s egos constantly clash in the fight to rise up in the ranks, we now see organizations value a transition from “Ego to Self.” This means that people leave their egos behind to serve the organization’s higher purpose. This is not only more effective in the grand scheme of things, it also fosters the humility people need to take on the challenge of understanding themselves as human beings. This is important in a complex system where these intelligent sensors must constantly interact and therefore need a deep understanding of how they work and tick. 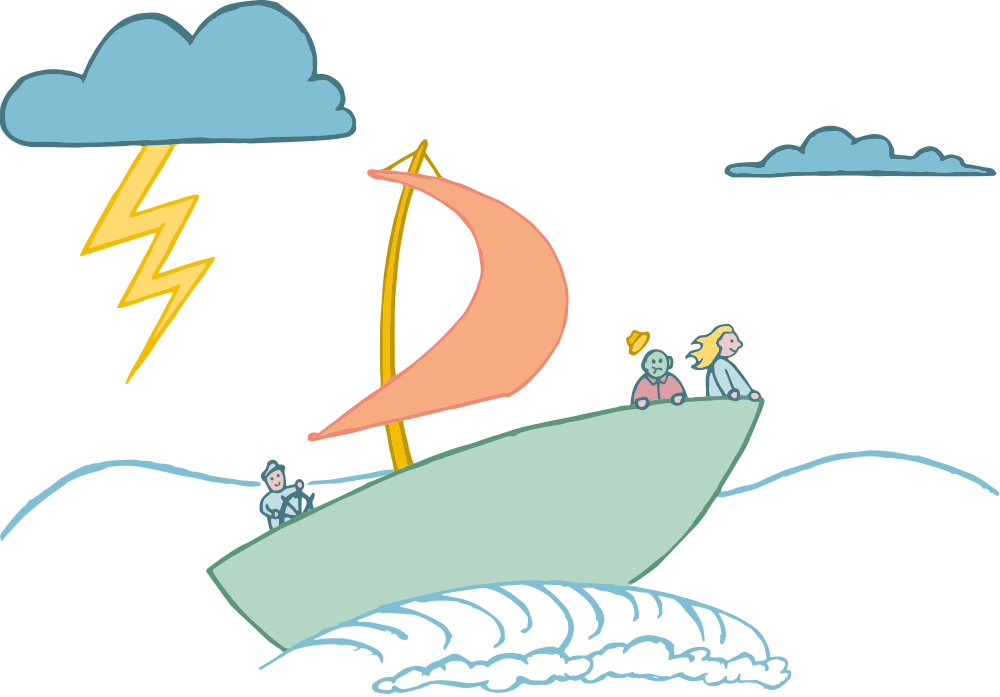 Just like physical tensions in your muscles, tensions start out as simple feelings that people have. But they can lead to real changes, and in fact, they will become the engine for driving the continuous improvement process that is needed today. That’s why an effective organization needs good tools to make tensions explicit and visible, as well as to then resolve them by turning them into meaningful change.

In the organization of the future, anyone can lead – both themselves and others. This new kind of leadership arises thanks to roles: when someone has a role and the authority and expertise that go with it, she or he can lead others simply by taking responsibility and making decisions. Of course, this distribution increases complexity, because who the leader is will depend on the situation and topic at hand. But it also makes an organization much more effective, because experts who have the relevant knowledge are embedded everywhere, capable of making quick, intelligent decisions.

Effective organizations are mostly just a sum of the teams within them. That’s why, if you want to change an organization, you need to change the teams that comprise it. In other words, you have to change the way people interact in those teams, meaning the way they work together. This is accomplished by introducing new tools and practices that encourage collaboration and strengthen relationships. And when you have strong teams, a strong organization is not far behind. This is why strengthening and evolving teams is one of the main points in the Loop Approach. 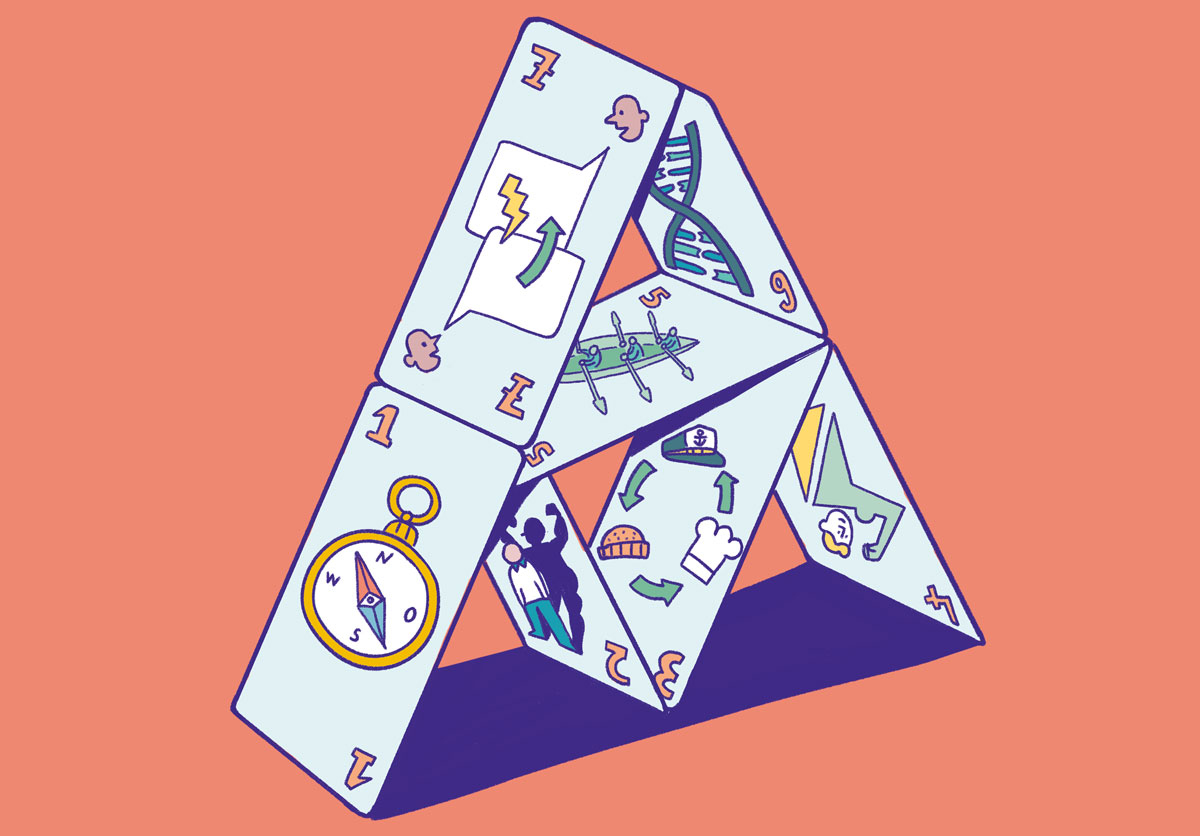 The 7 Habits of Effective Organizations: How to find out what the next evolutionary step for your organization is

In order to start a transformation, it first needs an evaluation of the current state. With the 7 Habits of Effective Organizations, we have developed a simple framework that helps to identify the next development steps of a team.